Ok so its a slow day and I’d thought I would put down some of the books I am currently reading and a brief summary! 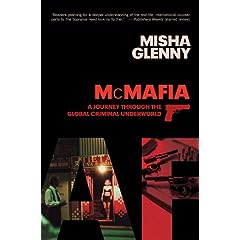 So the first one is called McMafia, its about how much the global mafia spread during globalization, there’s a really interesting part about how the collapse of the Soviets and how the oligarchs were in some ways worse than the mobsters! lol It also gets into how these organizations have basically become black market corporations and how they took advantage of the chaos.

The other book I am currently reading is called 1434 its a follow up of the 1421 book, which talks about how China had travelled the world way before Columbus. This book goes into the thesis of that China helped form what would become European Renaissance. Its a pretty interesting book but kinda dense in some ways, I find myself putting it down due to the repetition of facts and ideas. So far I find it fascinating but also some omissions on how much the islamic/middle eastern influence on china is down played. I still have yet to finish it but so far so good.

Well this book is a super fun read, I didn’t even buy it! Thanks Chapters! Its called A Million Bucks By 30 while some business books make the case of stocks or bonds or other crazy schemes, this one is pretty basic, save money, invest in some basic real estate and oh yeah rent out some rooms in your home! He does it in a very interesting way and he doesn’t talk down and also makes it pretty clear he is a extremist bent on his goal even eating ramen noodles for ALL his meals! But fun none the less. The book’s author is Alan Corey, he also writes occasionally on his blog…