DR DISC-Raise the Roof Artcrawl music show, enjoy some local bands and add some music to your crawl!
NEEDLEWORK- 174 James N-Textile Workshop
Check out the spot and drop off your can goods during artcrawl for foodbanks!
MANTA CONTEMPORARY-is temporarily closed.
NATHSNIEL HUGHSON-(corner of John and King William)-Tina Newlove Under the Sun Show
YOU ME GALLERY -Karen Thiessen -Unity
Karen Thiessen textiles, collage and patterns in a brilliant collage style.
URBAN ARTS INIATIVE-Hamilton Hometown Love Video Premier (126 James North)
The Urban Arts Initiative is pleased to announce the showcase of the Push the Point, a youth media arts project. Push the Point was a six week, collaborative media workshop organized by the Urban Arts Initiative with funding from the Ontario Arts Council.
HOMEGROWN-Art Crawl afterparty
THIS AIN’T HOLLYWOOD-Art Crawl Afterparty
MULBERRY CAFE-Outpost
Kyle Reed works in 2D. He illustrates stories and worlds with traditional and digital collage. Drawing from his imagination, Kyle built landscapes and architectural sculptures. The environments created hint at a narrative for the viewer to expand.
FOCUS GALLERY-Fundy Shore and Focuso
Fred Franzen and Hollander Maui, expressionist landscapes and avant-garde photography
66 James Street North (before Wilson)
MCCARTNEY & SON Resturant-Kyle Stewart
Humorous and exciting pieces by up and coming art star Kyle Stewart
282 James North
B CONTEMPORARY-Rick Pottruff Oasis of the Seas
Rick Pottruff has had over 35 solo shows, both nationally and internationally. His work is represented in numerous public collections, including the McMaster Museum of Art, the Art Gallery of Hamilton, the Kitchener-Waterloo Art Gallery, the Mackenzie Art Gallery, and the Robert McLaughlin Gallery. He has had an extensive teaching career.
226 James St N (Old Ricca Furniture Building)
THE FACTORY – Alternate Reality Walk
Bring a smart phone and earphones. goto their site for all instructions
HAVN-Boxes Still-26 Barton E
An accumulation of oddities…… group show
HAMMER CITY RECORDS -Tight Head-228 James North Basement at rear
Morbid hysteria, disconnected reality. A path betwixt this world and the nether. Drain from the piss alley, transcend into hyper-reality.
WAHC-Steel Town Views
Eight studio participants created collagraphs, a printmaking method that works with textures and layers of surfaces glued together. The exhibition at WAHC’s Community Gallery (second floor) also includes the plates from which the prints were pulled. Gallery visitors are invited to use the plates to create rubbings and add their own visual comments on the topic of the “Feel of Steeltown,” for the visitor’s wall. A workshop with children from the ICAA art education program adds another newcomer perspective to the exhibition.

HISTORY AND HERITAGE-Luna Martinez-Virtual History
Oscar Luna Martinez is originally from Mexico City. He grew up in Montreal and now lives in Hamilton. He is a trained graphic artist with a keen interest in architectural illustration. Oscar is another example of the content for HIStory + HERitage’s exhibitions walking through the front door. Oscar showed me his illustrations of the Lister Block and that led to a discussion of a broader exhibition which includes Oscar’s fully rendered 3D illustrations of the Lister Block, the Pigott building, and an amazing re-creation of Hamilton’s old city hall that was located on James Street North that was demolished in 1962.

CENTRE3–Arts Education Exhibit
Highlighting some of the student works made at the centre. 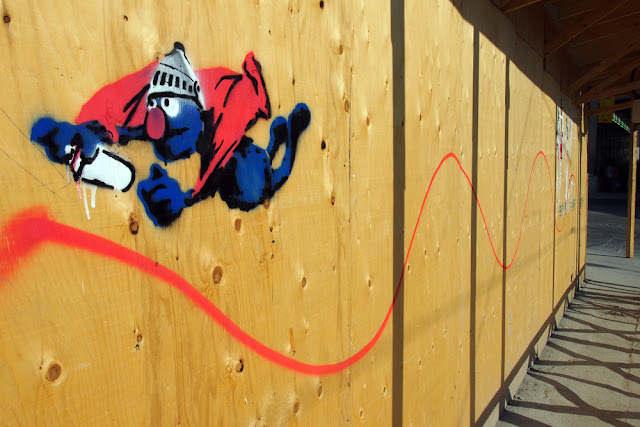 Its a musical break from the usual, enjoy.

Time-1pm till 12pm but there a couple after parties!
(Also don’t forget Country Music Fan stuff too!)
CCMA FanFest

WHERE
Jackson Square rooftop
WHEN
Saturday, September 10, 2011
TIME
11:00 am – 3:00 pm
Also they have a FREE shuttle between the Lock St Street Festival and Super Crawl on James St North!

Also Spectator article about it all

Ok so the spec has  a nice article about some local Yarn Bombing and how its all about the good vibes, if your down for this sort of graphitti with a softer edge and no paint fumes you may want to goto The Brain on Wednesday nights…. or Skydragon on Monday nights…. speaking of skydragon they have a Garage Sale coming up you may want to check out! also a craft fair but nothings on their website….

Also if you want to give a nice gift go local the printstudio, the factory,  the brain, mulberry, mixed media, white elephant and many more local businesses have gift certificates!

The Printstudio has a lot of nice courses you may want to take!

Also discovered a nice twitter page/blog all about Hamilton! They have some cool pics like this one from Mulberry Cafe’s after dark!

Also a bit of a blast from the past when Atomica Tattoo still lived on James St North it had some amazing art shows! Take a look at a video from one of those, its The Etcha Sketch Master! (fyi the atomica link goes to Petor’s new website/where you can go to see him and get a tattoo!)

Someone made a awesome video and posted it on youtube! Also thanks to everyone who showed up and played or just came for the fun! Who knows maybe it will be a annual event?

Oh and also since busker crawl was all about how Hamilton City Police are misdirecting their efforts to non-crimes like busking, I thought I’d include a video about how toronto is using graphitti to help beautify the city!

Oh and also Roadsworth was there!

Its funny, how unlike Toronto the Hamilton Cops or at least the top guys don’t understand a thing called public relations and community building. (ie:if your going to arrest someone for busking them and others will be  less likely to become a witness for a major crime)

A great site my friend Trevor Ydreos sent me the link for its called DIY America and its from the guys who did beautiful losers…..http://www.wk.com/wke/show/DIY

So again congrats to Hamilton Artists Inc for getting actual funding for there building and also I am sure a special thanks to those awesome local private people who allowed them to have the building till the city actually coughed up the money.  Without them this would have been another missed opportunity for Hamilton to do some good/ actually do what a city should have done all along….

Anyways, more flood news, a couple is now forced to deal with living in a tent due to the water damage! Oh but wait instead of arresting the city council who allowed the craptastic designed expressway/ environmental craphole, they go for a easy target… Keenur while I am not a fan of his work I find it a little sad that Hamilton PD has to arrest some bad tagger and not the dozens of crack dealers operating openly! oh wait those guys may actually have guns or resist arrest… my bad graphitti is better to go after because it affects property values and besides people in the east end don’t have money/don’t vote/ don’t count right??